The feature-rich and easy-to-use SCATT Professional software has all the necessary features for efficient training and overall analysis of shooting results. Results are displayed in both digital and graphic forms and can be saved onto disk for further analysis (aim trajectory, shots and graphics, etc).

All major sport and military targets are included in the program. Depending on the model of electronic target used, this program can imitate distances up to 1000 meters.

At the same time it is even possible to print off the desired target in the required scale, directly from the program. 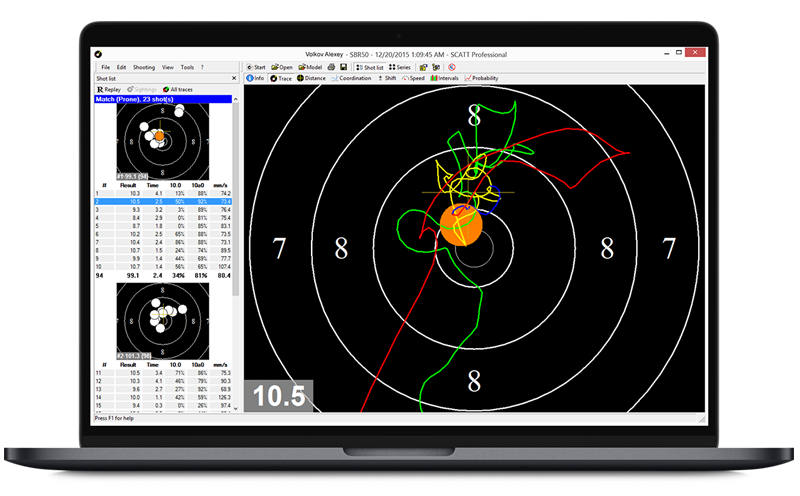 Speed of aiming trajectory – this graph represents the speed of the trajectory’s movement on the target, effectively measuring a shooter’s steadiness.

It is a very useful graph for analysis of the steadiness and of shooting between heartbeats.

Result probability – provides possible results of a shooter, if he/she uses a weapon and ammunition of a different quality.

All data is automatically recorded in a folder, where training files are grouped according to the name of the exercise and last name of the shooter. This data is then organized in such a way as to make it convenient to search for. It is even possible to exchange files, or send them to any person, for example, to a coach living in a different location to the shooter.